One of the most common ways parents deal with kids being afraid of sleeping alone if by getting them a stuffed animal to keep the company through the night. And it works! I’m not going to lie, even as an adult, having a stuffed animal in bed with you at night is pretty comforting.
Well, as it turns out, us humans are not the only ones who need some company during the night when we feel lonely and scared. Animals need it too, and it’s as adorable as it sounds.
The pony in the video below was abandoned just after birth, so he never had his mom there with him to comfort him during the first nights of his life. And although the pony was receiving the best medical care possible and all the other necessities he needed, he still wasn’t doing too great.
That’s because animals need more than food and shelter to be happy and healthy. They also need love and affection.
But because the staff at the animal shelter couldn’t be there by his side 24/7, they decided to try something different and got him a massive stuffed bear that he could cuddle with anytime he felt like it.
And it turned out to be an awesome idea!
The pony accepted the bear from day one and his condition even started to improve. The pony had more energy, was sleeping a lot better and even regained his appetite.
Because this idea of offering lonely pets a toy friend delivered such great results, staff members are now considering doing the same for other animals at the shelter as well. 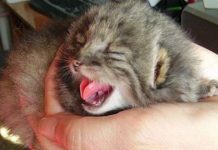 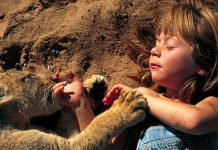