A group of orcas cruised around a jetski off Kaikoura Peninsula, northeast of New Zealand’s South Island, and it was all caught on video.
The breathtaking footage was captured by a jet ski enthusiast called David Lyons. The man who runs a surf school in Kaikoura managed to captured the beautiful performance put on by the killer whales, and it’s a sight that you won’t believe.
According to the man who was lucky to experience it in real-life, there’s was not a single moment in which he felt scared of being so close to the massive mammals. That’s because the orcas were actually very playful and surrounded him and his friends with positive energy.
“The whales were totally surrounding us and playing with the wake and bubbles, freely swimming underneath and beside us and slapping their flukes with excitement,” he said recounting the experience.
This sure looks like an amazing experience, but I can’t help but think most people would feel a bit anxious finding themselves in the middle of a large group of killer whales.
That being said, this is surely not something you see every day, so make sure you take a look, and don’t forget to share this with all of your friends and family online. 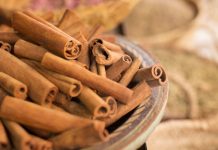