We can’t choose our parents or the family we are born into, but we can choose our friends. And in the case of the man in the video below, it actually was the same as choosing his family.
Joel Skaggs was only ten years old when he first met Dave Glenn. Dave ended up marrying Joel’s mom, and although the boy did everything to fight him and rebel against him, Dave showed him that he was there to stay.
As years went by, Dave slowly earned Joel’s confidence and they became best friends. To Joel, Dave become more than just a step-dad, he became his most trusted confident and friend, a person he knew will be there for him no matter what.
The only thing that was missing from their relationship was the official documentation that attested the fact that Dave was Joel’s legal father. And for Dave’s 60th birthday, Joel decided to change that and formally ask Dave to adopt him.
It was his way of letting the man who raised him know just how much he means to him and how much of an impact he’s made on his life. You can watch the beautiful moment Joel hands Dave the official paperwork in the clip below.
This is beautiful. 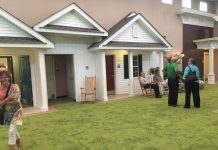 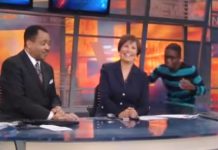 News Anchor Helps Boy Get Adopted— 6 Yrs Later, Loses It When Someone Sneaks onto Set.