Everybody loves Christmas and Santa Claus, but you have to admit the Big Red does have some pretty strange habits, doesn’t he? For starters, why does he insist on using the chimney when not all houses have a chimney but all of them have a door?
And what’s up with all that “watch you when you’re sleeping” stuff? You have to admit it’s kind of creepy and inappropriate. And these are just some of Santa’s questionable habits. The adorable little girl in the video below has thought of a whole bunch more, and she’s eager to share her thoughts with the rest of the world as well via video.
Her speech mainly revolves around how Santa pretty much has to break an entry to deliver his presents on Christmas Eve and some other gestures that are not very festive. Her ideas and the way she expresses them are hilarious and it will definitely make you laugh out loud.
Kids always have the best way of looking at the world, and this is just one more example of how creative and unusual their minds can be. This is a video you’ll want to share with others, especially now that Christmas is just a few weeks away. 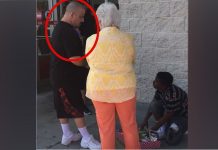 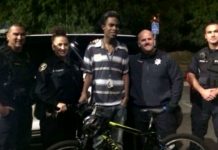 Cops approach teen in dead of night. Then he says he’s walking “5 hours’ home from work”